Nature’s Way Pest Control uses protective gear, specialized equipment and professional-grade products to safely and effectively remove wasps and hornets from your property. Our experienced  exterminators first remove the hive, then treat the structure where the nest was attached. Ground nests are flooded. To prevent future infestations, we also treat vulnerable areas, such as under eaves and behind shutters.

Important: Due to the territorial behavior and extremely aggressive nature of wasps and hornets, as well as the risk of severe allergic reactions, we highly recommend that you do not attempt to spray or remove the nest on your own. If you see a hornet nest or wasp activity, make sure to keep pets and children well out of harm’s way until the hive has been removed and exterminated.

Get Started with a Free Inspection

If you need a wasp and hornet control in Albany, Saratoga, Glens Falls or as far north as Plattsburgh NY, Nature’s Way can help. Call (518) 745-5958, or complete an online request for a free inspection. You can also contact our wasp & hornet exterminators in Rutland, Burlington and throughout Western Vermont by calling (802) 855-2978.

Both wasps and hornets are stinging insects that tend to nest in the ground and trees, under siding, in gutters and other unwelcome locations around your home. They are generally more aggressive than bees and they can sting multiple times. Wasp and hornet stings are also typically more painful than that of a bee, and pose a greater risk to humans, killing thousands of people each year due to allergic reactions.

Wasps are members of the Vespidae family, which includes paper wasps, yellow jackets and hornets. Most wasps have two sets of wings, thin waists and smooth, shiny bodies. While only the females have stingers, they have the ability to sting repeatedly. Wasps are very territorial, and will attack if they feel their nest is threatened.

Hornets are a subset of wasps. They are generally a little bit rounder and fatter than wasps and can be more aggressive. Although they are not native to North America, hornets are now widespread in the U.S. The most common hornets in Albany, Lake George, Plattsburgh and Vermont, include the bald-faced, or white-faced hornet and the mud dauber. 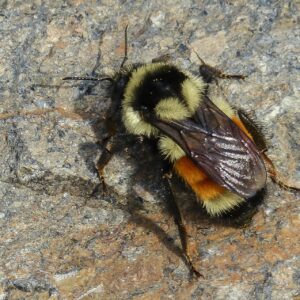 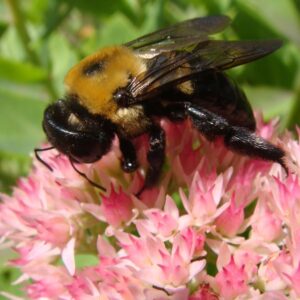