In New York State and Vermont there are about 11 species of Spiders that are commonly encountered.  Spiders seem to evoke fear and curiosity in people because of their ability to just appear out of nowhere. Unfortunately spiders get a bad reputation  Spiders are actually awesome creatures that are able to spin intricate webs. Spiders are excellent predators that actually catch more prey than all other terrestrial predators combined. They are excellent at hiding and stealthiness. All Spiders have eight legs and two body segments. Unlike insects spiders to not have chewing mouth-parts,wings, or antenna. Spiders have hollow fangs that they use to inject venom into their prey and kill them. They then suck up their prey. All spiders produce silk, some silk is used for catching prey most spider silk is used for covering egg sacs. Some spiders use the silk as a drag line to swing from place to place.

In Northern New York and Vermont, Spiders usually live one year. Most pass the winter as eggs that develop as adults in the Summer and die in the Fall Although a lot of species over winter in cracks and crevices behind tree bark etc. To avoid freezing, spiders produce an antifreeze into their blood. In the Spring these spiders mate, have eggs, and then die. Here are a few spiders located near Albany, Clifton Park, Saratoga, Lake George, Glens Falls, Lake Placid and Plattsburgh, New York Regions. These same Spiders can be found through the Manchester, Rutland, Killington, Woodstock, Shelburne, and Burlington Vermont Region.

Do you have a spider invasion in your home or office in Upstate NY? Click below to request your FREE INSPECTION today. 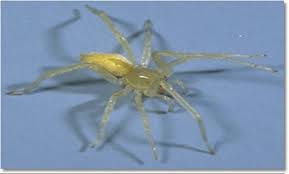 Sac Spiders are usually a yellowish color with large fangs. They weave small sacs to protect themselves and their young.  Sac Spiders lack the ability to spin webs and are often found on plants in homes searching for prey. These are the only Spiders in New York that are moderately poisonous to humans. They have venom that cause itchy sores that are slow to heal. 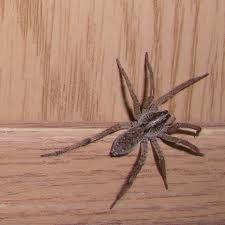 Wolf Spiders are slightly fury brown or grey that run after their prey. They have long sturdy legs. They have good vision from two of their eight large eyes. The baby spiders hang out on the mothers backs. At night if you hold a flashlight at the same level as your head look for silvery blue green spots reflecting back at you from the blades of the grass. These are the eyes of Wolf spiders.

Crab Spiders get their name because of how their legs are off to the sides of their bodies. The front two legs are enlarged and they crawl similar to a crab. These spiders do not spin webs but wait for prey to come in close. Most Crab Spiders hide on flowers and hunt for their prey camouflaged. They use a powerful venom to kill prey such as bees, flies and butterflies. 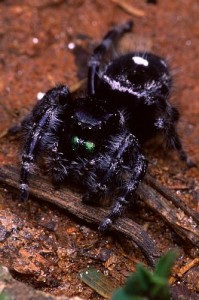 Jumping Spiders are identified by their large eyes and squat bodies. They are intelligent, colorful, and have distinct personalities. They have excellent vision and will look at you as you are near them. They get their name becuase of their ability to jump impressive distances while going  after their prey.In the fall these Spiders find homes in house plants, mailboxes, and windowsills.

Funnel Web Spiders or Grass Spiders build webs on top of vegetation.They are shaped like a funnel where the Spider waits for its prey. They are approx. 3/4″ long brown in color. They can be seen on hedges and low lying shrubs. 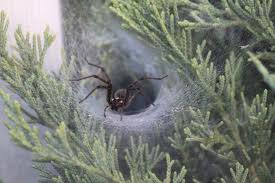 Need to get rid of spidersin your home or office in Upstate NY fast? Click below to request your FREE INSPECTION today.

Harvest-man Spiders or “Daddy Long Legs” These spiders much like ticks aren’t true spiders because they only have one body segment. They do not have venom but can produce a foul scent. They hunt small insects and feed on plant juices. 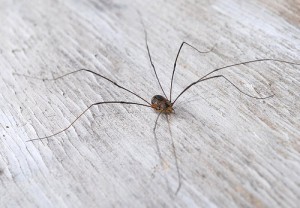 Sheet Web Weavers are often overlooked because of their small size. They are very abundant among vegetation. They spin a sheet web over the vegetation to catch its prey. Some wit under the filmy dome until the prey lands and then it attacks. 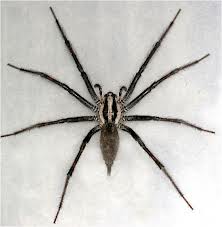 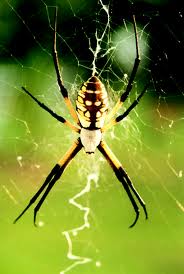 Black & Yellow Garden Spiders are one of the largest in Northern New York and Vermont. Like all orb weavers the Spiders web is a masterpiece. The web is rebuilt every morning to keep its tackiness.  The females are hundreds of time larger then the male. 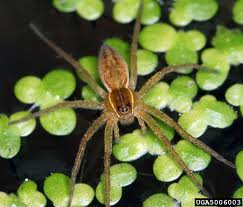 Fishing Spiders have small eyes and legs that are held widely apart. They get their name because they hunt for aquatic prey suck as insects crustaceans and even small minnows. They hand out on the banks of streams and ponds feeling for vibrations of passing prey.

In need of an exterminator? Call us today at (518) 745-5958 and let Nature’s Way get rid of spiders and those unwanted pests! Or, fill out the form below to set up your FREE inspection today.