Although there have been claims of brown recluse and black widow spider sightings in the Adirondacks, neither spider species is native to New York, and since they both prefer warm climates, their presence here is rare. While it’s possible for these warm weather arachnids to occasionally find their way north via cars, luggage and shipped packages, the Department of Environmental Conservation only acknowledges the presence of two poisonous spiders in New York.

Known as yellow sac spiders, New York’s venomous spiders are less harmful than their distant relatives, but the symptoms of their bite are similar enough that they are sometimes mistaken for a black widow or brown recluse.

Here are a few details to help you identify these three poisonous spiders and understand the similarities and differences between them. 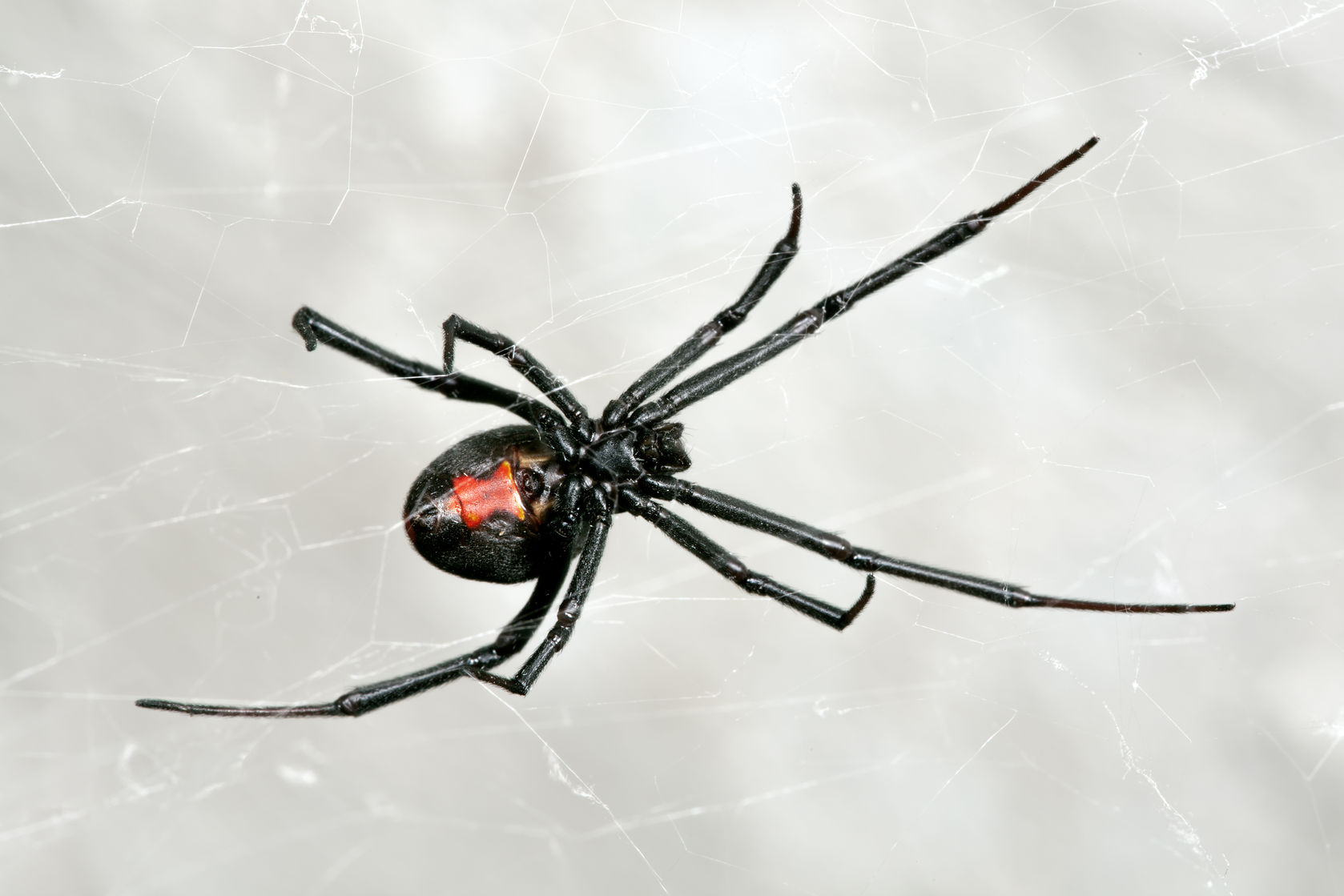 The female black widow is most widely known for her glossy black body and the distinctive red hourglass shape on the underside of her abdomen. Males are usually smaller with white or yellow stripes on their sides. Black widows build their webs in secluded areas, such as under woodpiles, on fences or stone walls, and inside sheds, and they stand guard over their eggs, rarely leaving the web. If the spider or her eggs are threatened, black widows may bite.

A bite from a black widow is painful, like a barb or wasp sting, with a potent neurotoxin that can cause severe pain, cramping, nausea, wheezing and elevated blood pressure. While healthy adults will usually recover within a few days, a bite may be fatal for children, elderly and individuals with health problems. In extreme cases, an antivenin may be administered. 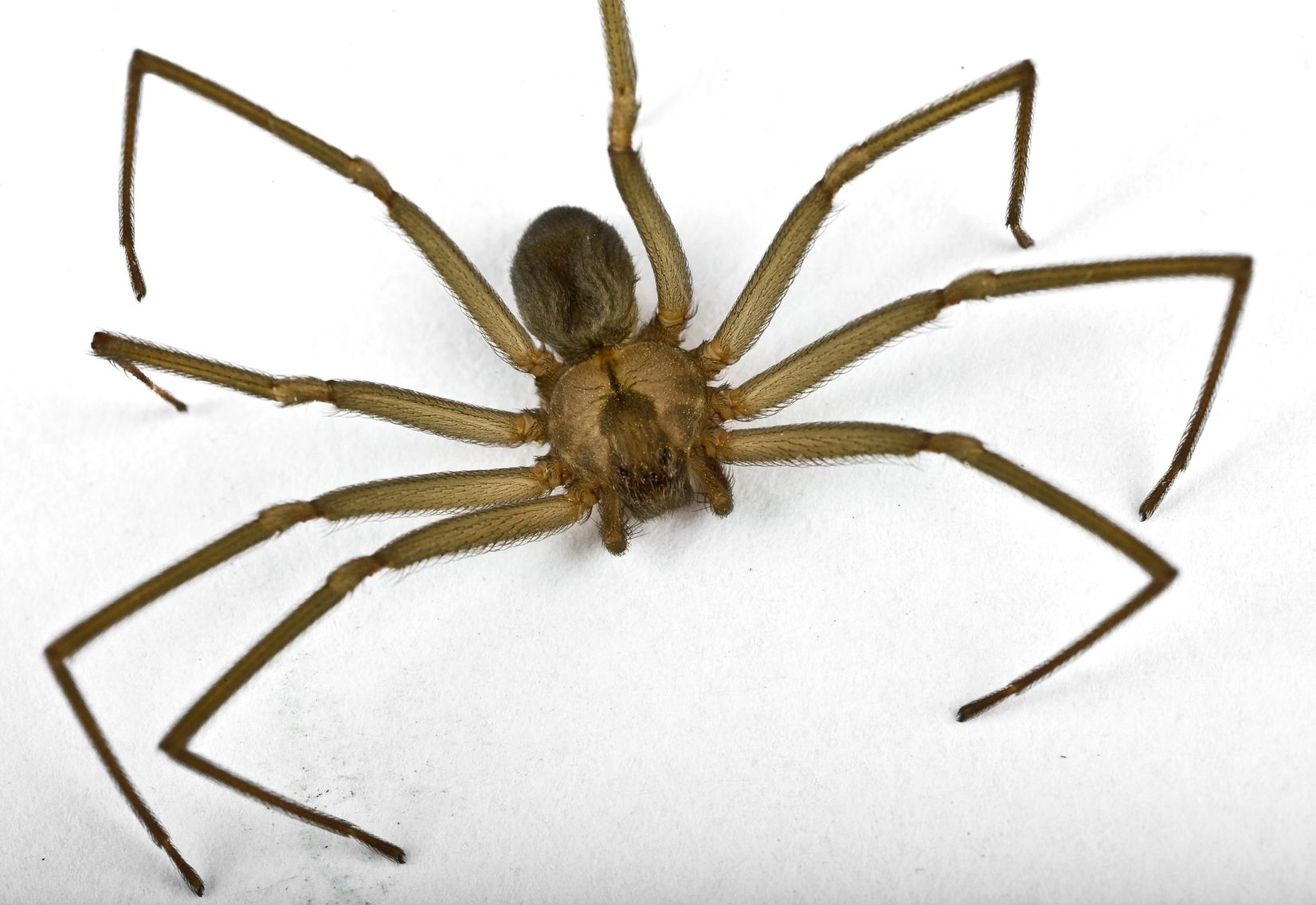 The brown recluse is a light to medium brown spider, usually with a darker brown fiddle, or violin shape, on its back. As its name implies, the brown recluse is shy. It avoids human contact by hunting at night and hiding under rocks and woodpiles during the day.

The pain from a brown recluse bite may not develop until later, along with a blister and itching. The area around the bite often becomes red, swollen and hot, and an ulcerated sore, or tissue death can occur more than a week later. The wound can take months to heal, and should be watched carefully. In some cases, individuals develop a severe reaction that includes fever, all-over skin rash, nausea and joint pain. 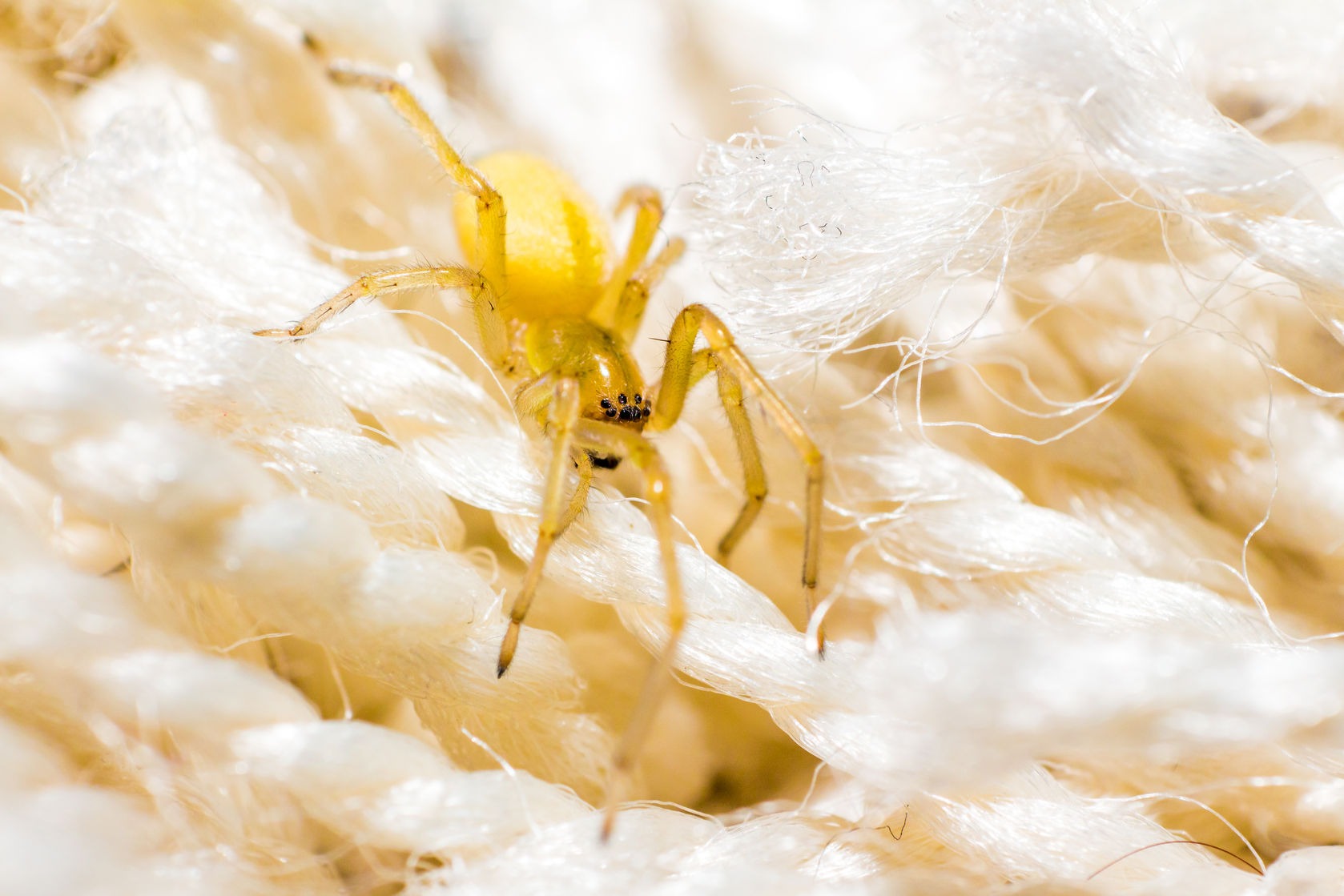 Part of the sac spider family, yellow sac spiders are the only moderately poisonous spiders in New York. These small, pale yellow spiders weave small silk sacs under rocks, inside rolled up leaves or loose bark, which they use for hiding, sleeping and rearing their young.

A sac spider bite is usually painful and may cause cramping, nausea and other symptoms similar to a black window bite. And because their venom is necrotic, a painful, itchy open sore usually develops, just like the brown recluse. In fact, most spider bites in New York that are attributed to the brown recluse are probably caused by yellow sac spiders. While the wound will be slow to heal, it does not typically cause serious harm.

How to Get Rid of Spiders

To avoid poisonous spider bites, always wear gloves and long sleeved shirts and pants while working in the garden, shed, crawl spaces and attics, or in secluded areas where spiders frequently hide. And remember, while most spiders are harmless to humans, if you’re dealing with a black widow, a brown recluse, or NY’s poisonous yellow sac spider, it’s best to call a professional exterminator.

Nature’s Way Pest Control has experienced spider exterminators in Albany, Saratoga, Glens Falls, and as far north as Plattsburgh NY. We also have local exterminators in Western Vermont. Not sure if it’s a poisonous spider? Contact us at (518) 745-5958 for a free consultation.