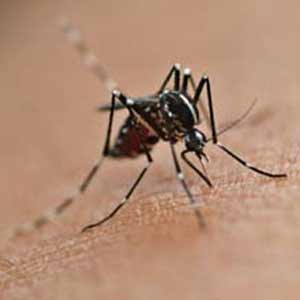 You discover you have some small, swollen red bumps on your skin that itch so badly you think you might just go crazy. Most likely, mosquitoes have punctured your skin and found your blood to be a tasty dinner delight. Often, the first few mosquito bites are not even noticed, so by the time you begin feeling the pain and itching, you have already been bitten several times.

It is only the female mosquito that attacks humans. It sucks out your blood and injects its saliva into your skin. The saliva causes an allergic reaction which results in the painful, red itching bump. Some mosquitoes transmit serious diseases such as malaria, encephalitis and yellow fever.

Scientists have been working for many years on the problem of mosquito bites and the diseases they carry. Some have concluded there is no benefit to having mosquitoes in the world and are working to eradicate them entirely. Other scientists note that out of 3,500 different species of mosquitoes, only about 200 species bite. Bats and some birds eat mosquitoes and mosquitoes are responsible for pollinating some crops, like blueberry plants.

Even noting the few benefits mosquitoes provide to the world, the majority of scientists, including entomologists, conclude that the world would be better off without mosquitoes. Every year, approximately 247 million people get malaria from mosquito bites and one million of those people die from the disease. In addition, thousands of people have an allergic reaction, called skeeter syndrome, which causes the bites to swell even larger than normal, turn redder and itch more severely than an ordinary mosquito bite.

If you get bitten by a mosquito or mosquitoes, there are some things you can do to minimize your pain and itching:

If you live in Upstate NY or Vermont, you live in an area where mosquitoes are prevalent. Contact Nature’s Way Pest Control to help eradicate or at least control the mosquito population near you.