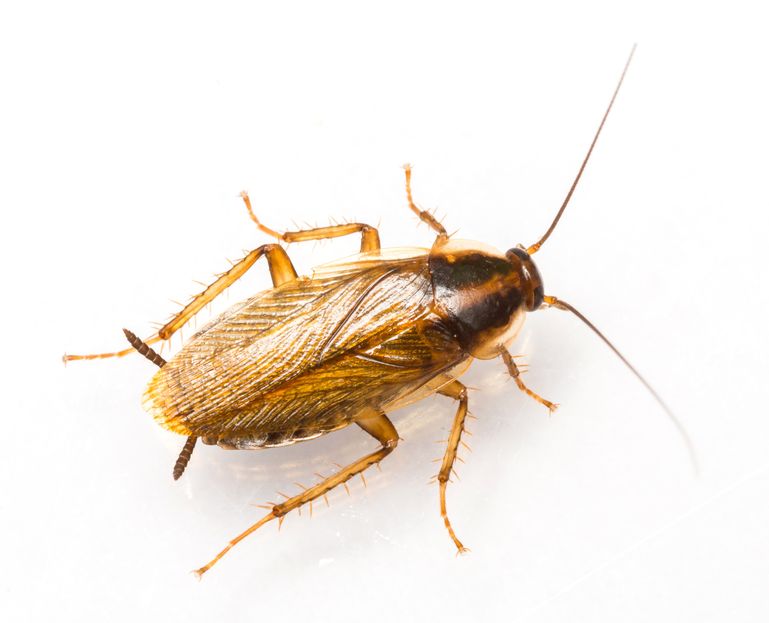 While cockroaches are often associated with big cities and restaurant settings, they are just as common in suburban homes. In fact, we have provided cockroach extermination services in Albany, Saratoga and even further north into the more suburban communities of Lake George and Plattsburgh NY. The trouble is, if you don’t know what to look for, you could have a cockroach problem without realizing it, and it could be making you sick.

The common cockroach, otherwise known as Periplaneta, is one of the most abundant and commonly found pests. They are believed to have been on earth for nearly 350 million years. There are approximately 3,500 known species of cockroach, of which 70 different species are found in the United States.

Most roaches prefer tropical/subtropical climates and humid, moist environments, which is why they are commonly known as ‘waterbugs’. They are also considered a ‘scavenger’ species, thriving in unsanitary conditions and preferring to nest in protected cracks and crevices.

Mostly active at night, cockroaches can be sometimes be seen in the daytime if there is a large quantity. And although they spend most of their lifespan foraging for food, water and a mate, one unique quality of the cockroach is it’s ability to survive in stressful conditions, such as lack of food and water, as well as increased exposure to pesticides and predators.

How to Determine if You Have Cockroaches in Your Home

The presence of a cockroach population is most commonly inferred by the damage and droppings they leave behind. Roaches tend to eat materials such as glue, paste, starch and dyes, so you may notice damage to stamps, envelopes, old book bindings and wallpaper. The droppings can be hard to distinguish, and closely resemble that of mice.

The health implications of a cockroach population begins with the droppings, which contain a number of allergens that prove to be harmful and can sometimes trigger serious allergic reactions. Cockroaches also produce odorous secretions from various points in their bodies, and in large quanities, the smell is very distinct. Disease producing organisms are also found on the bodies and in the secretions of cockroaches, which can cause nausea, food poisoning, cramps, vomiting and dysentery.

In most cases, cockroach management should be proposed as a multi-step, multi-treatment process because of the resistivity of cockroach populations. The first step in prevention and extermination is santization, since cockroaches thrive in unsanitary and unkempt conditions. So eliminate any food and moisture in the infested area, and use traps and/or vacuuming methods to physically remove cockroaches from an area.

If non-chemical management practices are not working to eliminate a population, our cockroach exterminators will consider using bait formulations. This method is the most long lasting and most effective because of its use in relation to pheromones – a chemical print left by insects and commonly followed by insects of the same species.